'Parents are worried about anything and everything with the digital age' 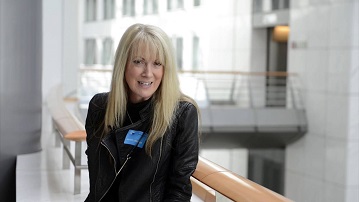 A free online television channel spearheaded by a MDX Education lecturer that offers invaluable advice for parents deeply concerned about their children’s use of the internet, gadgets and social media is celebrating its first birthday.

Tomorrowschildtv.com, which is run by Dr Jacqueline Harding, has gone from strength to strength since being launched in November last year with backing from the Children’s Commissioner, NSPCC, Childnet and Lord Knight.

More than 1,000 unique viewers have been watching the videos each month and the content is syndicated to schools and Early Years Centres.

The platform features around 100 round the table discussion videos with experts and filmed interviews with parents and even celebrities such as Carrie Grant from the BBC’s One Show and former Strictly Come Dancing judge.

At MDX in May, Dr Edward McCaffrey’s Film Production students, led by Claudia Carbaio, helped make the next batch of films.

'The digital age is so new that parents haven’t got their parents or grandparents to turn to for advice as you would for anything else,' Dr Jacqueline Harding, Middlesex University lecturer.

In June this year, Dr Harding published a research paper called Parenting in the Digital Age which drew on her work with Tomorrowschildtv.com.

Dr Harding said the main concerns of parents are: screentime and how much time their child spends on the internet, playing video games, how they are using social media and whether they are accessing inappropriate material including pornography.

'Parents are worried about anything and everything with the digital age,' Dr Harding added.

'The digital age is so new that parents haven’t got their parents or grandparents to turn to for advice as you would for anything else and of course with digital media the landscape is changing all the time.' 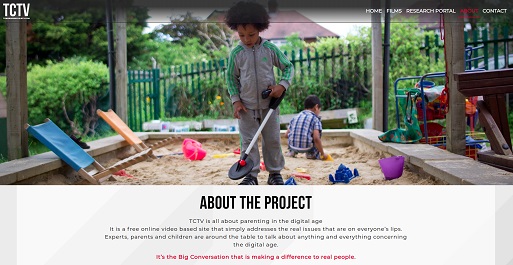 Dr Harding has been fully supported by Dr Debbie Jack, the Head of the Education Department and Associate Professor Victoria De’Rijke within the Centre for Educational Research (CERS) at Middlesex University.

In the summer two Computer Science students Beshoy Bebawe and Maciej Bezzubik under the direction of Dr Serengul Smith produced a professional upgrade for the site.

Dr Harding said the functionality of the channel is 'a credit to the work of such highly skilled students at the university'.

She added: 'This pan-university project is a professional site which is engaging with the very best in filming making together with undertaking research to provide meaningful resources for parents and educators in the digital age.

'Researchers from across the university are featured on the films, bringing fresh research to this important field.'

Dr Harding, an expert on child development, is a former BBC editor, government consultant and the founder of parentchannel.tv.

She has been asked to speak at various events including the Parents As First Teachers annual conference and the organisation made a donation to Tomorrowschildtv.com.

Kidzania and Friendslikeme are also working with Tomorrowschildtv.com to produce professional films from all over the world. Importantly, the voice of the child is being heard.

Do get in touch with Jacqueline J.Harding@mdx.ac.uk if you would like to know more or get involved.

Find out more about Education Studies at Middlesex University: