A Middlesex University lecturer is helping law enforcement officers across Europe fight back against organised criminals and terrorists after he spent three years investigating and writing about how these crime networks operate.

Vincenzo Ruggiero, a Professor of Sociology, was instrumental in the ‘Takedown’ project that was funded with a €3.5 million grant from the European Commission amid fears that organised crime and terrorism were becoming a ‘major threat’ to the continent.

Takedown’s group of academics and researchers from 13 different countries including Prof Ruggiero have produced more than 70 publications in several languages and eight-related books that can help law enforcement officials understand the recruitment, structure, and methods used by organised criminals and terror groups.

'I don’t believe the Mafia is like ISIS. I believe they have totally different structures, ideologies and skill sets,' Vincenzo Ruggiero, a Professor of Sociology.

The project was launched in 2016 following a spate of terrorist atrocities in places such as Nice, Paris, Brussels and London with a part aim of probing the similarities between radical terrorist groups and organised crime gangs. 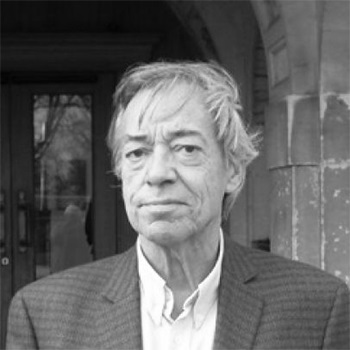 Prof Ruggiero said: ‘The debate has gone on for decades about organised crime, transnational crime and how globalisation is bringing new types of crimes.

‘Every country is trying to develop a strategy to tackle these crimes and understand how it works.

‘When terrorist activities started to become more intense, the attention shifted towards terror.

‘Then there was realisation that organised crime and terrorism are two structures, two types of organisations but they may share something in common and that’s when the debate started: Will the strategies we have to tackle organised crime work against terrorism?’

Significantly, Prof Ruggiero concluded that it is a mistake to treat organised crime and terrorism in the same way which could influences the tactics used by police forces across Europe.

‘My position is that you cannot call organised crime everything you don’t like,’ added Prof Ruggiero.

‘Also, I do not believe in a global conspiracy involving all those who pursue evil. I would make a very clear distinction, empirically and theoretically, between organised crime and terrorism.

‘In brief, I don’t believe the Mafia is like ISIS.

‘I believe they have totally different structures, ideologies and skill sets.’

The Takedown project, which resulted in 74 publications in several languages, including a dedicated volume edited by Prof Ruggiero was funded through the European Commission’s Horizon 2020 research and innovation programme.

In 2017, Prof Ruggiero also wrote another acclaimed book about organised crime called ‘Dirty Money: On Financial Delinquency’, which received the Outstanding Book Award granted by the American Society of Criminology in 2019.

The MDX academic has now been asked to speak about the Takedown research in April at the 14th United Nations Congress on Crime Prevention and Criminal Justice in Kyoto, Japan.

A US government research laboratory wrote to Prof Ruggiero to praise his work, while Valencia Police said Takedown’s findings were influencing how they try to prevent the radicalisation of local citizens.

Jose L. Diego, a project and innovation manager of Valencia Police which organised the final Takedown conference, said: ‘Takedown has enhanced our internal awareness about how important and exploitable is the information we are gathering from communities on a daily basis, so detection of radicalisation has become a relevant task within fight and prevention of organised crime and terror networks.’

Find out more about studying sociology at Middlesex University.