In some low-middle income countries, people with mental illnesses are chained up, starved or kept in cages 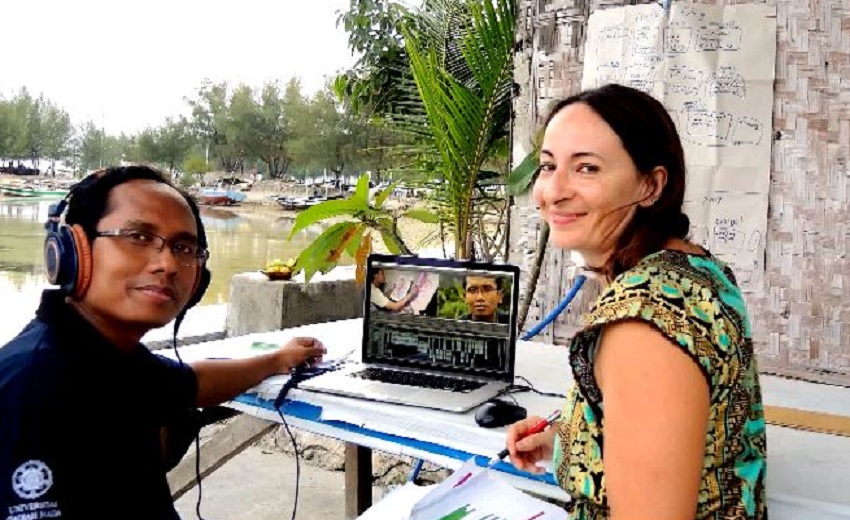 A Middlesex University Associate Professor has again highlighted the practice of chaining up people with mental health issues in a hard-hitting documentary.

Dr Erminia Colucci exposed human rights abuses in a 2015 film called Breaking the Chains which showed how in some parts of Indonesia patients with mental health problems were being restrained - in a practice called pasung.

Her latest project - Breaking the Chains, Anto’s Story - features an Indonesian man Agus 'Anto' Sugianto who was chained up by his own relatives and in a local health facility following a mental breakdown.

“I was handcuffed and they locked me down, I was totally dependent on health workers,” says Anto, who is a talented self-taught artist (see his painting below).

“It was really inhumane and painful. I no longer felt like a human being.”

After being originally filmed by Dr Colucci in 2012, he was chained up again by his family in east Java and all his artwork was destroyed.

Dr Colucci remained in regular contact with him and since then his life has completely changed. 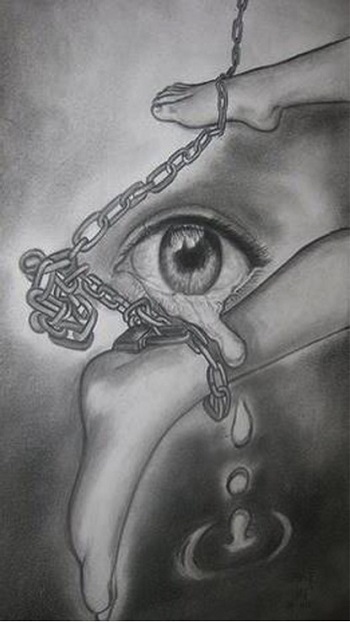 They worked together to produce a documentary video covering the past seven years which Anto co-directed and co-edited.

He is now studying for a Masters in Melbourne, Australia, and is a successful researcher, academic and mental health activist who has been a “key voice” to end the disturbing act of pasung.

“Anto is an amazing guy and you wonder how someone like this could be chained?” said Dr Colucci, an Associate Professor of Visual and Cultural Psychology.

“He could have died or been chained up forever, but he had a different destiny.

“I was just lucky enough to be trusted by him and his family, who hosted me in their home while filming, to share his inspiring story to the world."

In some low-middle income countries, people with mental illnesses are chained up, starved or kept in cages like wild animals to “scare demons out of them” or because their families fear being shamed, according to the World Health Organisation which launched the Chain-Free Initiative campaign in 2016 to educate communities.

“The issue is much more complicated than it appears,” said Dr Colucci.

“It’s related to the traditional beliefs around mental illness and the lack of mental health services and people’s ability to access these services because they’re mainly in the city.

“This results in people chaining people but it’s not necessarily because they are bad, their family and communities are worried about the person’s and, in some instances, their own safety and restraining the person is often the only option they have available.”

During her extensive research Dr Colucci has come across a patient who was kept pinned down in a pit for 12 years and another kept in darkness and she said the impact on their health can be devastating.

"People develop all sorts of physical illnesses as a consequences of being in this predicament. In the beginning they have mental health issues or neurological disorders but in the end they have diseases or can be left disabled. That’s the reality, people end up much worse than they were at the start.” Dr Erminia Colucci, Middlesex University Associate Professor.

According to Dr Colucci, this practice occurs in places such as Ghana, Sierra Leone, Uganda, the Philippines and even in parts of higher income countries such as China and India.

“We are still so behind when you consider the scale of this issue and what needs to be done,” she added.

“Indonesia, as far as I can see, is the leading country in the developing world.

“They have a national program to stop pasung and recognise it is a problem but they need to put much more resources into supporting the program.” 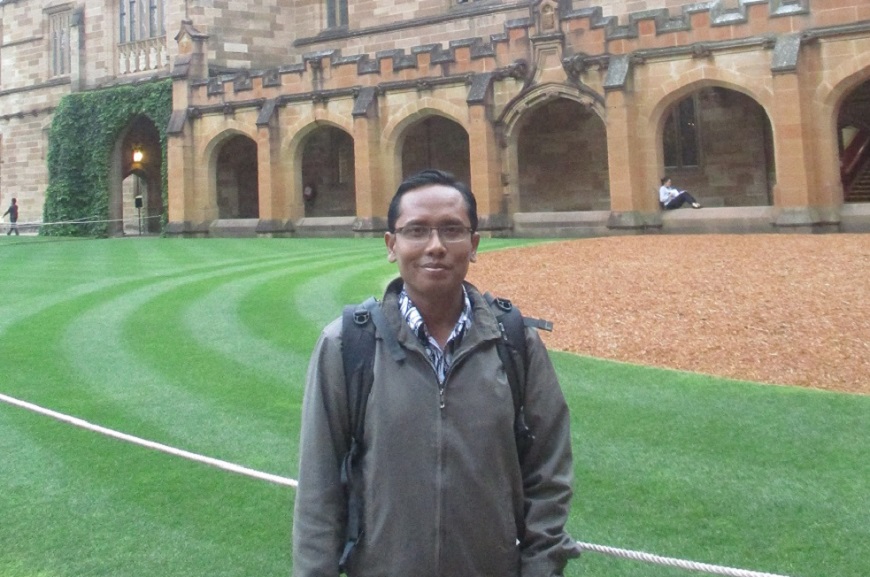 The Breaking the Chains sequel was partially-funded through the Global Challenges Research Fund administered by the Economic and Research Council, as part of a larger study led by Dr Colucci in Indonesia and Ghana that is using scientific research and participatory video to explore the impact of collaboration between traditional and faith-based healer and mental health professionals to improve mental health care and eradicate human rights abuses.

Dr Colucci, who is a Visual Psychologist and scholar and advocate in Cultural and Global mental health, co-leads a third year module and a MSc in arts-based and visual methods.

The documentary will be made available for free on the website movie-ment.org, which Dr Colucci launched to highlight mental health and human rights abuses through films and photograph - Anto’s story is also featured in a co-authored arts-based paper.

A guest lecturer at several universities, and research assistant at the Center for Public Mental Health Psychology Faculty at the Universitas Gajah Mada in Indonesia, Anto was awarded the the Jim Birley Scholarship Awards from the Federation Global Initiative on Psychiatry in the Netherlands in 2016.

His paintings featured on the cover of the International Journal for Medical Students in 2015.

There will be a screening and launch of Breaking the Chains on Thursday March 19 between 6 and 7.30pm in Hatchcroft Building, HG19 (first floor), Middlesex University.

Find out more about studying psychology at Middlesex University.