Around 200 people attended a Holocaust memorial event at Middlesex University to remember victims of the World War Two atrocities.

Barnet Council held the Holocaust Memorial Commemoration last Sunday in the Quad which brought together members of the Jewish community and various communities in the borough.

The annual event, staged in the run up to Holocaust Memorial Day on January 27th, was held online last year because of COVID-19 restrictions.

“This is one day to resolve every year that we will combat racism, disavow prejudice and celebrate human diversity in our own society.” Rabbi Mark Goldsmith, Senior Rabbi of Edgware and Hendon Reform Synagogue.

The speakers included Kurt Marx, a 96-year-old Holocaust survivor who escaped Nazi-occupied Germany aged just 13 as one of more than 10,000 children transported to Britain under the Kindertransport rescue programme.

Professor Nic Beech, the Vice-Chancellor of Middlesex University, who opened the event, said: “We are a global community of more than 44,000 scholars who are highly diverse in our faiths, races, ethnicities and backgrounds.

“Understanding and learning from each other is central to our purpose here at Middlesex University.

“As part of the Barnet community we were honoured to host this event which fostered and amplified learning and the memories of the six million innocent people murdered in the Nazi regime of World War Two and those who have suffered in subsequent genocides.” 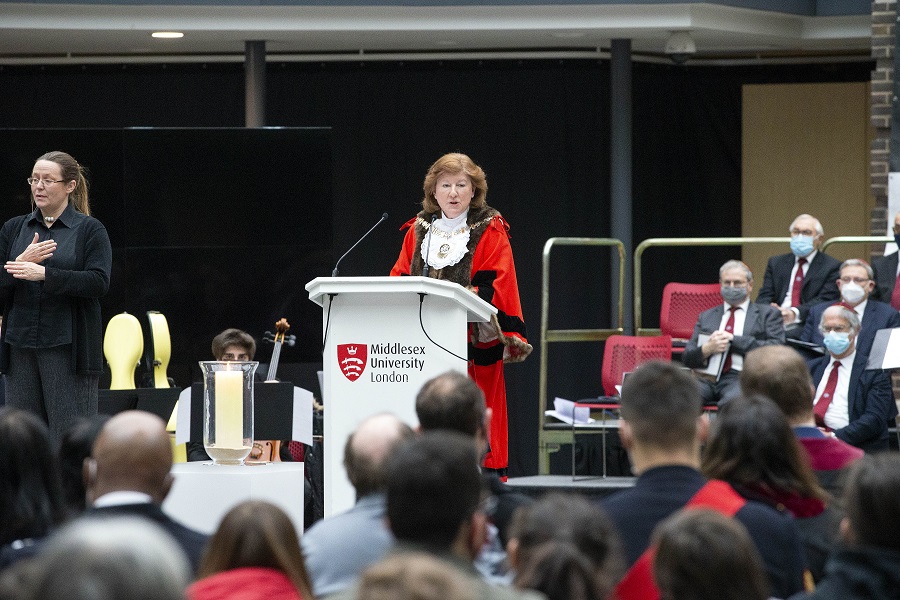 The Mayor of Barnet, Cllr Alison Cornelius (pictured above), said: “Holocaust Memorial Day gives us an opportunity to reflect on the atrocities of the past and the devastating effect the Holocaust has had on individuals and families across the world, as well as those living in our borough.

“We are extremely fortunate to live in a peaceful and democratic society in this country where diversity strengthens and unites our communities.

“Holocaust Memorial Day is a special day that reminds us of the importance of tolerance, understanding and consideration for others.” 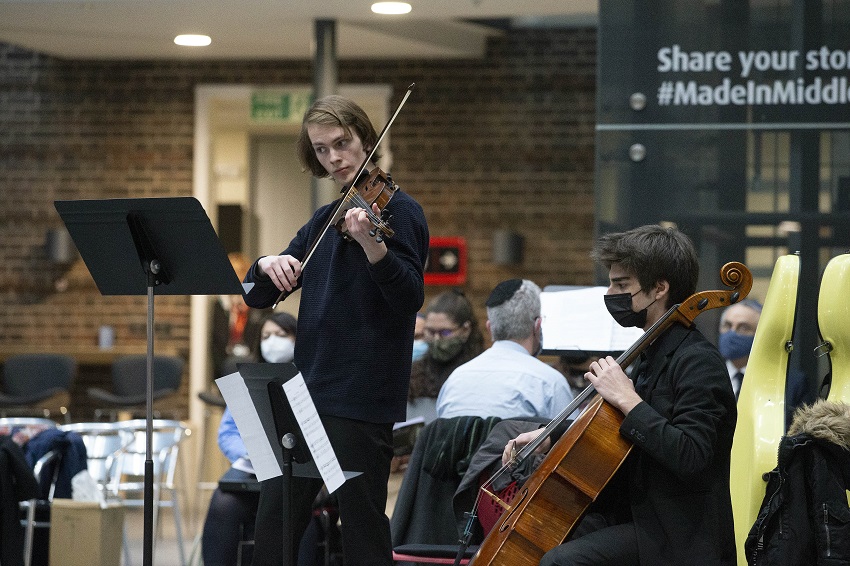 Natalie, whose violin was played for the audience by a student from the Yehudi Menuhin School, said: “It is essential that the world should never forget what happened in World War Two and that these atrocities should never be allowed to happen again.  By attending this and similar events, I can play a small part in reminding people, and the younger generation in particular, that we must learn to live together, with tolerance and respect towards each other’s religious and cultural views.” 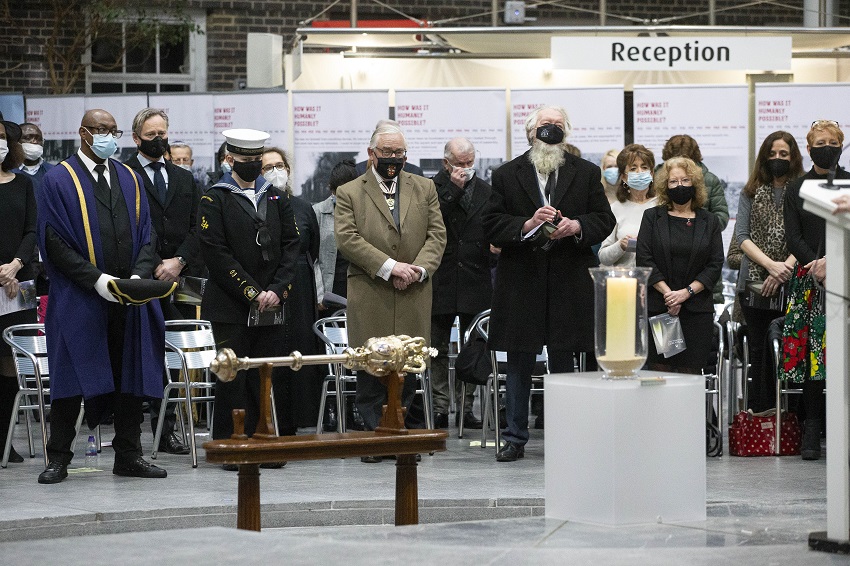 Rabbi Mark Goldsmith, Senior Rabbi of Edgware and Hendon Reform Synagogue, said: “It is highly significant to the large Jewish community of Barnet that year after year, we commemorate the Holocaust by this poignant open gathering in the University at the heart of the borough.

“I know that Holocaust survivors and their families, of which there are many thousands in Barnet, are deeply moved by the act of remembrance and the people who attend it and participate in it.

“We also know that in our diverse borough we live among so many people who have experienced genocide within their communities, Rwandans, Bosnians, Armenians to name but a few and it is absolutely right that we commemorate our deep losses, and the loss to humanity together.

“This is one day to resolve every year that we will combat racism, disavow prejudice and celebrate human diversity in our own society.” 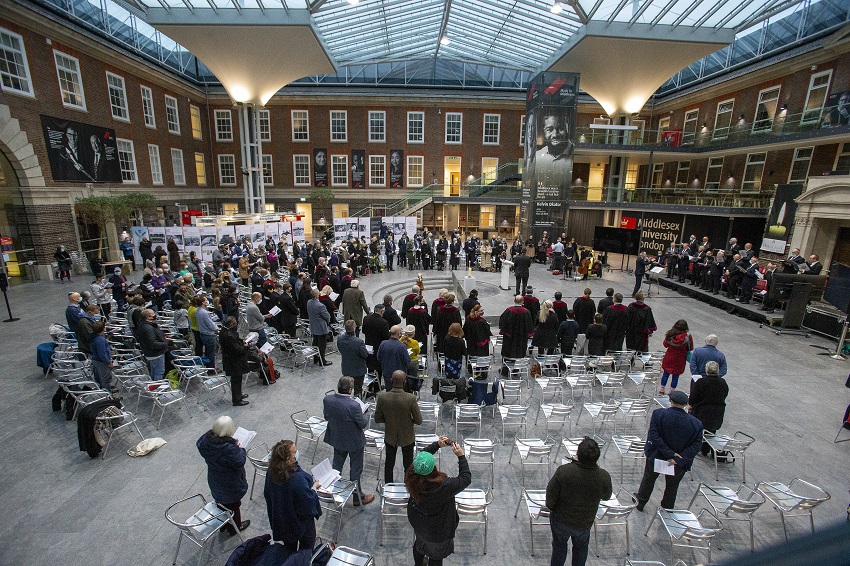 There were also musical performances from the London Cantorial Singers, Edgware and Hendon Reform Synagogue Choir, the Barnet Band and the Yehudi Menuhin School.

At the end of the Commemoration, snowdrops were handed out by students from Akiva School as part of Barnet’s project to plant a snowdrop in memory of every one of the 1.5 million children who died in the Holocaust.

*As part of Holocaust Memorial Day, thousands of people will be lighting a candle and displaying it in their windows between 7pm and 8pm on Thursday January 27th. Find out more about #LigthtTheDarkness